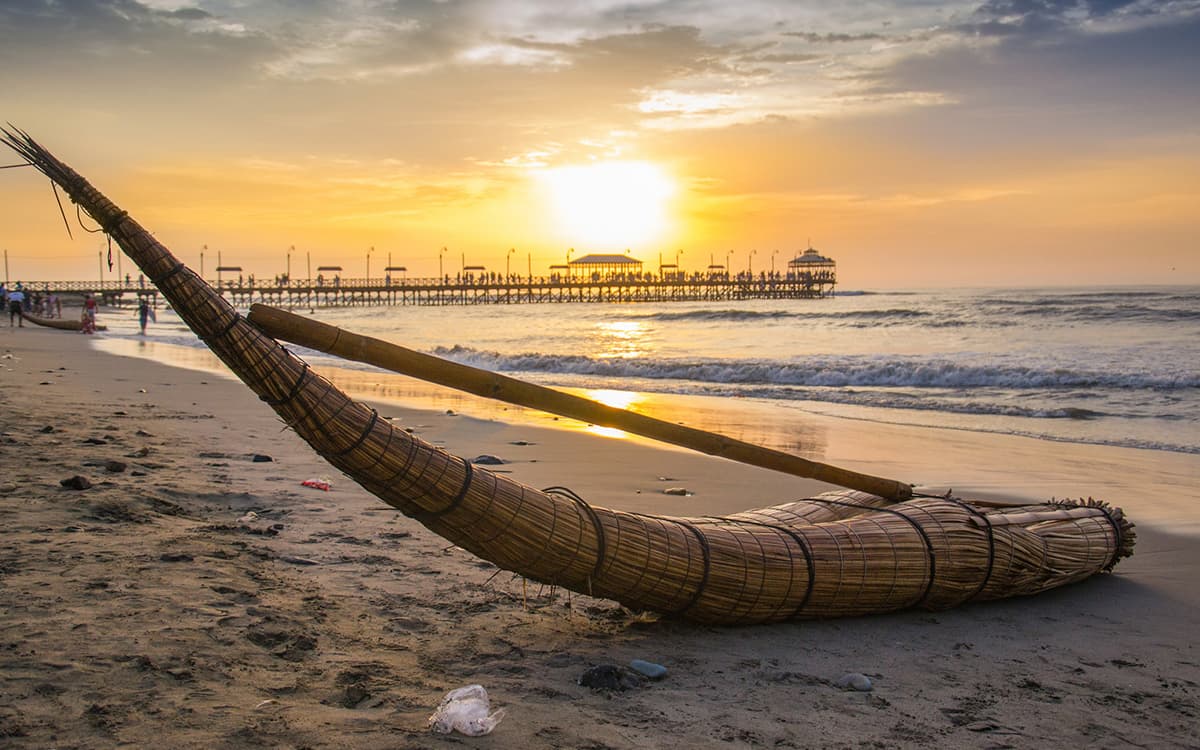 Chiclayo “City of Friendship”, located in the department of Lambayeque, in the northern part of Peru, offers our visitors and tourists a great variety of tourist destinations, among which are archaeological remains, museums, relics and more… Inherited from a millennial past, the same ones that mark a large part of Peru’s history.

In the city of Chiclayo you will also find all the comfort of a pleasant stay, with the great variety of hotels, restaurants, tourism agencies, recreation centers, tourist routes, transportation companies. At the same time you can enjoy the typical food and drinks of our city, region and the charm of our customs …

The City of Friendship, Chiclayo, is one of the important cities of Peru that was not founded by the Spanish conquerors, its official recognition as a province was managed by our hero José Leonardo Ortiz and endorsed by decree of April 18, 1935.

Chiclayo is said to come from Chidayep or Chiclayoc, which are essentially Mochica words, whose meaning is “green that hangs” (probably the chinche or cipche), another version from the etymological point of view, in the Mochica language, the words are similar to Chiclayo, for example: Chiclayap or Chekliayk, which means “place where there are green branches.”

Chiclayo “City of Friendship”, located in the department of Lambayeque, in the northern part of Peru, offers our visitors and tourists a great variety of tourist destinations, among which are archaeological remains, museums, relics and more … Inherited from a millennial past, the same ones that mark a large part of Peru’s history.

In the city of Chiclayo you will also find all the comfort of a pleasant stay, with the great variety of hotels, restaurants, tourism agencies, recreation centers, tourist routes, transportation companies. At the same time you can enjoy the typical food and drinks of our city, region and the charm of our customs …

The City of Friendship, Chiclayo, is one of the important cities of Peru that was not founded by the Spanish conquerors, its official recognition as a province was managed by our hero José Leonardo Ortiz and endorsed by decree of April 18, 1935.

Chiclayo is estimated as the fourth largest town in Peru and is the capital of the Department of the North of Lambayeque. The northern regions of Peru have been inhabited for many centuries. Chiclayo was instituted in the middle of the 16th century by Spanish priests. During the colonial period in Peru, numerous interesting buildings were built in Chiclayo that show a Spanish design, and present the wealth of the Spanish landowners to the present day. Many of attractions in Chiclayo Perú are in the historic center of the town, which can be investigated on foot. The town center is an important meeting place for both tourists and residents. Visit the 5 Tourist Places of Chiclayo.

Other attractions in Chiclayo Perú are located near the center of Chiclayo is the Plaza de Armas and within the center of the city of Chiclayo. Other parcels contain the walk known as the beautiful Paseo de las Musas and its collection of figures and the spectacular Primavera Cinema.

Chiclayo is a significant economic center of the region that dominates in the planting of sugar cane and cattle raising. In recent periods Chiclayo has been progressing as a tourist place, captivating its tourists with its rich cultural actions, royal attractions and moving tours.

Since August 9, 2002, Peru, Lambayeque and Chiclayo have a new museum. The Royal Tombs of Sipán Museum shows the most important archaeological finds of the Mochica culture, in an exceptional exhibition that combines maximum scientific precision and safety. The jewels, emblems and ornaments found since 1987 in the tomb of the Mochica ruler called the Lord of Sipán stand out.

Located in Ferreñafe, inaugurated in May 2000. Center for research, protection and dissemination of the corresponding archaeological findings of the Sicán or Lambayeque culture (750 – 1150 AD). Exhibition of pieces of the Sicán Culture and pieces of the fabulous Lord of Sicán, ceramics, metals, jewels, recreation of his way of life.

Research center and museum, located in Lambayeque 17 km (10.5 miles) north of Chiclayo and very close to the Tumbas Reales Museum. It originated in the collection compiled by Heinrich Brüning since the 19th century and houses a rich collection of ceramic, metallic, textile and jewelery pieces, from regional pre-Inca cultures.

Picturesque bucolic villages with rich ancestral history such as Lambayeque, Zaña, Ferreñafe, Monsefú and Eten with their artisan centers, beautiful seascapes and their fishing coves and spas, invite you to go back in time and experience the evolution of the Mochica people, especially Pimentel. and Santa Rosa with his caballitos de totora.

It is a 34,412 hectare private conservation area that is owned and managed by a peasant community and is located in the dry forests of northern Peru. The reserve is one of the best protection areas for dry forests and is home to a wide variety of wildlife, including many endemic and threatened species such as: Spectacled Bear or Andean, Andean Condor, Pava Aliblanca, Zorro Costeño, Guanaco, Pitajo de Tumbes.

The reserve owes its name to the spectacular mountain called Cerro Chaparrí that dominates the landscape, this mountain was considered sacred by the Mochica culture and continues to be so for shamans from all over Peru. At present it is a model of communal conservation and an ecotourism project where the local population benefits from the protection of their natural resources. Additionally, Chaparrí is a scientific research center dedicated to dry forest ecosystems and the species that inhabit it. The reserve can be visited through day visits or by spending the night at the Chaparrí EcoLodge. Located in Chongoyape, 60 km east of Chiclayo.

How to get to Chiclayo

If you arrive in the city by land, you will find that the bus terminals are located very close to the city center. If you do it by car, it will be very easy to get to the center where the commerce and its inhabitants are concentrated. Chiclayo is located 770 km north of Lima and 509 km south of the border with Ecuador.

Its José Abelardo Quiñones Gonzales International Airport is 5 minutes from the city center and is capable of providing all facilities to the visitor.

Hundreds of archaeological centers are located in the valleys of Zaña, Lambayeque, La Leche and Motupe, an area in which the pre-Inca cultures Lambayeque, Sicán, Mochica and Chimú developed, until the arrival of the Incas. It is in these valleys where the greatest amount of gold jewelery has been extracted that today make up the fabulous collection of the Lima Gold Museum. The discoveries El Señor de Sicán in Batán Grande, the pyramids of Túcume and Huaca Rajada where the Lord of Sipán was found, which was established as the most important archaeological discovery in America of the 20th century, stand out.

Chiclayo food is one of the most exquisite and varied on the Peruvian coast, among which its most famous dishes based on fish and seafood stand out. Between them we have:

The Chiclayo food are recognized throughout the northern region of Peru. In general, the country’s gastronomy is characterized by its variety and the quality of its flavors.

The combination of sea and mountains allows the multiplicity of ecosystems. This, in turn, means that different types of produce are grown. Thus, each place has a typical local dish prepared with regional products.

In this sense, the Chiclayo food and its gastronomy, capital of the department of Lambayeque, stands out for combining techniques from Quechua and Spanish culture.

An example of this is the common use in their dishes of chicha jora, a pre-Hispanic drink, combined with ingredients brought from Spain (such as rice).

And there is no other drink like chicha de jora to accompany all these delicacies, or you can choose a local beer that is well chilled. For dessert it is recommended to try the delicious King Kong Lambayecano, the crushed demembrillo, calabza sweet, Custard and the alfajores, which will surely delight your exquisite palate.