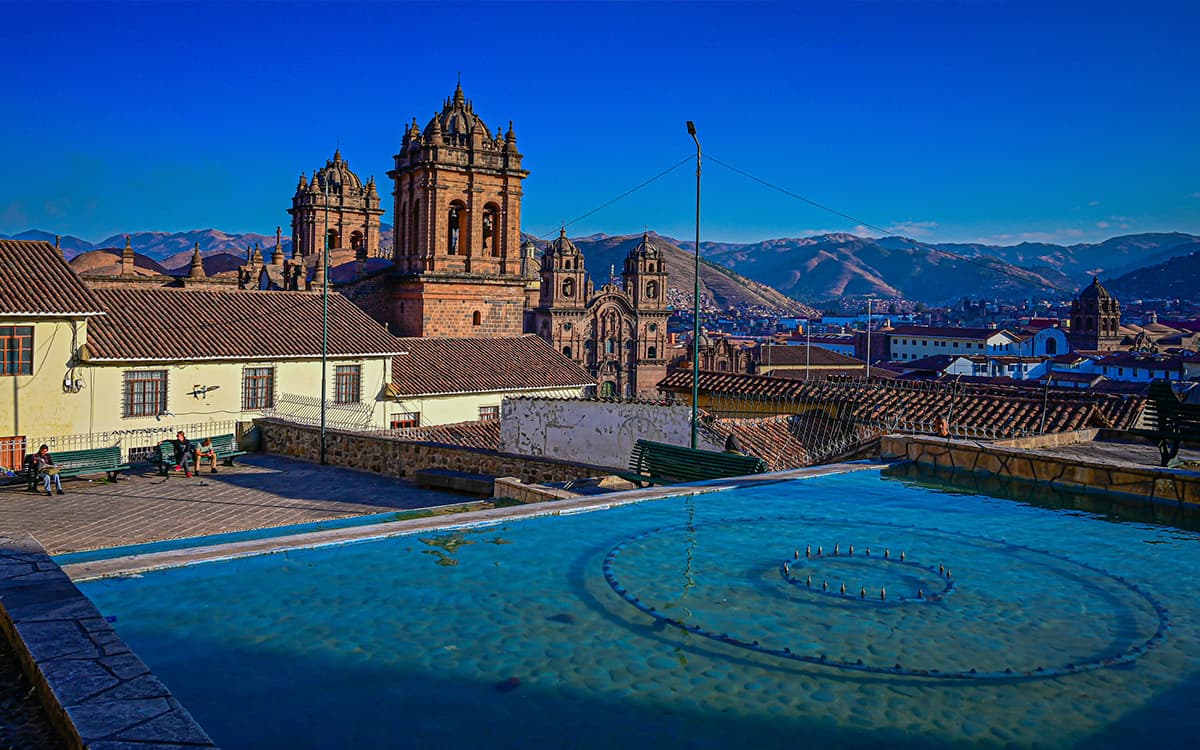 Cusco is the historical capital of Peru. It was declared a World Heritage Site by UNESCO in 1983. The city is sometimes spelled Cuzco or with its name in Quechua: Qosqo. It is the capital of the Cusco Region and of the Province with the same name. In 2013, the city of Cusco had a population of 435,114. It is located about 3,400 m (11,200 ft) in the Andes.

Cusco is a very interesting city with many things to do and see. And the city is the perfect starting place to explore the beautiful nature in the Andes, practice adventure sports and go on excursions. Inside and outside the city, you can discover everything that has to do with the ancient Inca Empire. How Cusco was the capital of the Inca Empire.

Today Cusco is a place where Peruvians meet their culture and traditions. But due to tourism, you can also find the services that you are used to in the modern world. Therefore, it is not a coincidence that Mundo Antiguo Spanish school is located in this beautiful Peruvian city.

It is located 1101.6 km from the city of Lima and is declared as the “historical capital” of the country. The city of Cusco, like many other South American cities, is centered around a main square known as the Plaza de Armas.

It was the seat of the Inca Empire, whose domination spanned the entire Pacific coast and across the Andes. Cusco had the most magnificent and monumental of the buildings of the Empire.

All of them with incredibly fine stonework. Each Inca had his own palace and they were arranged around the current Plaza de Armas. The Qoricancha, the Temple of the Sun where more than 4,000 priests lived, was practically laminated with gold and silver.

Life-size statues of animals, made of precious metals, filled the temple grounds. The mummies of the Incas were venerated here. A conquering Inca, after victory in battle and territorial victories, performed ritual sacrifices in the temple to thank the gods.

Cusco was also the site of the greatest clash between civilizations in the Western Hemisphere, second only to Mexico. Although the main battles and the capture of the last Inca Atahuallpa took place outside of Cusco, it was here, in the Plaza de Armas, where the political theater of the conquest took place.

Executions were common in the plaza and among the victims were representatives of the Incas and Spanish who were on the losing side of the battles for political control.

Although the capital of the Peruvian viceroyalty was established in Lima, where administrative control would remain, Cusco maintained its political importance, perhaps due to its symbolic weight.

At the altitude of Cusco, it is normal for tourists to feel the symptoms of altitude sickness such as: fatigue, shortness of breath and even nausea.

The weather in the city of Cusco is relatively mild, with cold nights and sunny days. The weather in Cusco is very changeable: you can go from bright sunshine to torrential rain in just minutes. Temperatures range from 13ºC. (55.4ºF) and 15ºC. (59ºF), and this is the case in almost the entire southern region of Peru. In general, the Cuzco region enjoys a climate that varies in 2 seasons a year: the dry season (from April to October) and the rainy season (from November to March).

The rainy season in Cusco runs from November to March. As its name suggests, it is the rainiest season. Annual rainfall ranges from 600 millimeters to 1,000 millimeters.

Heavy rains generally occur in the afternoons. In those days, the city of Cusco fills with rainbows. Machu Picchu is dressed in its most intense green and this is really fabulous in an environment as incredible as Machu Picchu.

The dry season in Cusco runs from April to October. During those days the weather is sunny during the day and cold at night. Rains are very rare in those months. June, July and August are the driest days.

In those months there is also the high tourism season, when more visitors arrive to Cusco and Machu Picchu.

During those days, the dry and clear weather is ideal for practicing hiking trails in Cusco.

When is the best time to visit Cusco?

According to people who have already visited the city of Cusco, they know that the dry season is a good time to visit the city of Cusco. April, May and June are good months (especially June when the famous Inti Raymi festival is celebrated).

There is so much to see and do in and around Cusco. It is the gateway to Machu Picchu and to various destinations in the Amazon jungle. And from Cusco, you can take incredible weekend trips to Lake Titicaca and the Colca Canyon. And you can’t leave without visiting the beautiful Sacred Valley of the Incas. Beyond, but interesting and doable from Cusco: the enigmatic Nazca lines, the Ballestas Islands near Paracas and the sand dunes of Huacachina.

So there are many different day trips in and around the city of Cuzco. And you will find a great adventure variation too. See the most popular tours in Peru: rainbow mountain peru tour and the humantay lake tour.

The list of things to see and do is huge. For most attractions such as Inca ruins and museums, you can buy the Cusco tourist ticket. This gives you access to the main attractions.

The Andes are beautiful, so you cannot visit Cusco without doing at least one hike. You can do one of the most famous treks in the world from Cusco: the four-day inca trail tour. But there are more hikes and trails that lead to Machu Picchu as well. And you can also hike in other parts of the region like the Ausangate trail.

The treks to Machu Picchu are the most popular treks in the region. There are four treks that go there: the classic Inca Trail, the Lares trek, the Inca Jungle trail, and the salkantay trek 4 days. It depends on your preferences, which hike suits you best.

Food in Cusco: 10 typical dishes you must try

The food in Cusco stands out for the use of traditional indigenous foods rich in carbohydrates such as potatoes, corn and quinoa. Also, for the different types of peppers and various types of meat such as guinea pig, alpaca, chicharrón, ram, among others.

In addition, we cannot forget that the seasoning is in charge of giving the special flavor to each typical Cusco dish.

Here we will teach you to know each of the 10 most traditional food in Cusco: