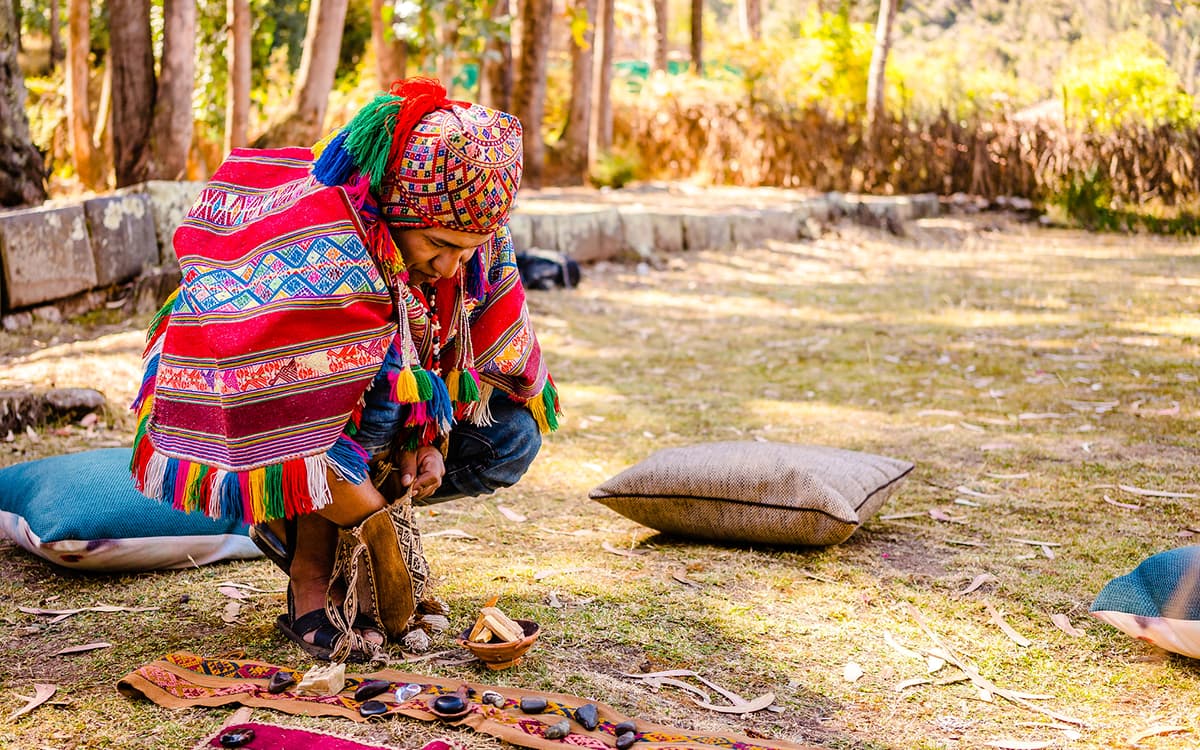 The day of the Pachamama, which is a tribute that is made to Mother Earth (and with it to her fertility). The Pachamama is one of the protective divinities of the Inca Empire. The Pachamama was highly venerated in pre-Hispanic times by the Inca people, it had in its name the word “Mama” which means mother because it was believed that this was considered a mother who is in charge of nurturing, protecting and maintaining in welfare to the men who are born of it.

Pachamama day is a celebration in which a tribute is paid to Mother Earth as a sign of gratitude for the food and protection provided to the human being during the year prior to her homage. On this day, man is the one who lets the earth rest from his incredible work and feasts it by feeding it, that is why for this date it is tradition to bury different pots in the earth that are full of food destined for the divine. At the end of the burial of the offerings, they are covered with earth and then smoked.

The foods that are destined for the Pachamama must be cooked, this as a sign of the use that the people give to the benefits of the Earth and for which they are grateful, Along with the above it is common to make different leaves in payment to the divinity of coca, of magical and ritual use for the inhabitants of the Andes. In this payment that is made to the Pachamama, in turn, there are drinks such as the traditional fermented chicha (chicha de jora), it is not surprising that other types of liquors in conjunction with cigars that also serve as offerings. What is offered to the Earth are not arbitrary things, greater and more varied offerings are better since the pots and other buried products symbolize those things that men do not want to be missing for their families during the coming year.

For this holiday, those who come to make their payments to Earth also have certain characteristic garments, among these are cords that are tied around the neck as well as the ankles and wrists of those who make the offerings.

The Pachamama Raymi or Mother Earth festival in Cusco, which means in Spanish “Feast of Mother Earth”, is celebrated every first week of August. The people of Cusco pay tribute to Mother Earth in gratitude for the blessings granted to their crops, the same that serve to support their families throughout the year.

The tradition of venerating the Pachamama dates from pre-Hispanic times, the Inca people considered it the protective divinity of the Inca Empire, dedicated to feeding and preserving the well-being of man. This celebration is an act of reciprocity and praise of nature, according to Andean cultures, to continue maintaining alliances with man.

The Incas had a lot of respect for the Apus (mountains) and Pachamama (Goddess of fertility), as well as the Sun God (Inti), being their main deities. That is why the performance of ceremonies of worship to Mother Earth as gratitude for the crops.

The central date is August 1, that day the peasants do not work with the land to let it rest, starting the payment ritual. This consists of providing food worked and produced by the Pachamama, also coca leaf, huairuro seeds, chicha de jora and other drinks. The provisions must be cooked, as a sign of respect for the earth, then it is dug and all the supplies are placed in the hole as if feeding Mother Earth.

At present, the settlers perform this ancestral ritual with an Andean priest known as “Pako”, he is in charge of performing the “haywasqa” (payment to the land) on a multicolored cloak. The Andean worldview believes that at this time Pachamama is hungry and thirsty, the main reason for the celebration of this celebration, considering the earth as a source of life for the inhabitants.

In the Mother Earth festival in Cusco, the bullfight and textile exhibition are also practiced so that the national and international tourist can enjoy and learn more about the Inca culture. In addition, to continue with the veneration, the people sing to the land in gratitude and then the dancers dance typical music of the Cusco people.

On August 1 of each year, farmers will stop all work on their farms to rest crops and soil. This is the first step in giving thanks to Mother Earth. By doing this, all the crops that are grown from Mother Earth (the earth), as well as some other crops such as the coca leaf, are returned to Mother Earth as a symbol of respect and to feed Mother Earth, which is says he’s hungry at this time of year.

The crops are not old crops that are out there, they are the best crops that the farmer has at that time. The crops are cooked because that is what man does with the crops that Mother Earth provides.

They are then placed in a hole in the ground for the Pachamama to feed on them. In modern times the Peruvian people carry out this ancient tradition with a “pako”, also known as an Andean priest. The priest is the one who provides the land with the crops in what is called the “haywasqa” which translates as “payment to the land.”

Since before the Spanish conquered Peru, the Incas thought that the Pachamama was a god who protected men and whose purpose was to ensure that people were fed and had a high quality of life. According to the ancient Andean cultural tradition, the reason that Pachamama Raymi continues to be celebrated is to ensure that the relationship between the god Pachamama and men remains on good terms.

The celebration acts as an appreciation of nature and a way of telling man that he does not take it for granted. It is this tradition of giving and receiving that is believed to maintain order and harmony between man and nature.

If you are looking to attend the Mother Earth festival in Cusco then you will head to Cusco in time for August 1st. Once in Cusco, go to the Ccatca district.

Once there you can experience a fun festival that includes bullfights, games and a textile show. The fun is not restricted to the locals with an abundance of tourists who attend the festivities every year. There is also a lot of singing and dancing as people sing their praises of Mother Earth set in traditional Peruvian music.

Do not stop living and enjoying the Mother Earth festival in the majestic city of the Incas!