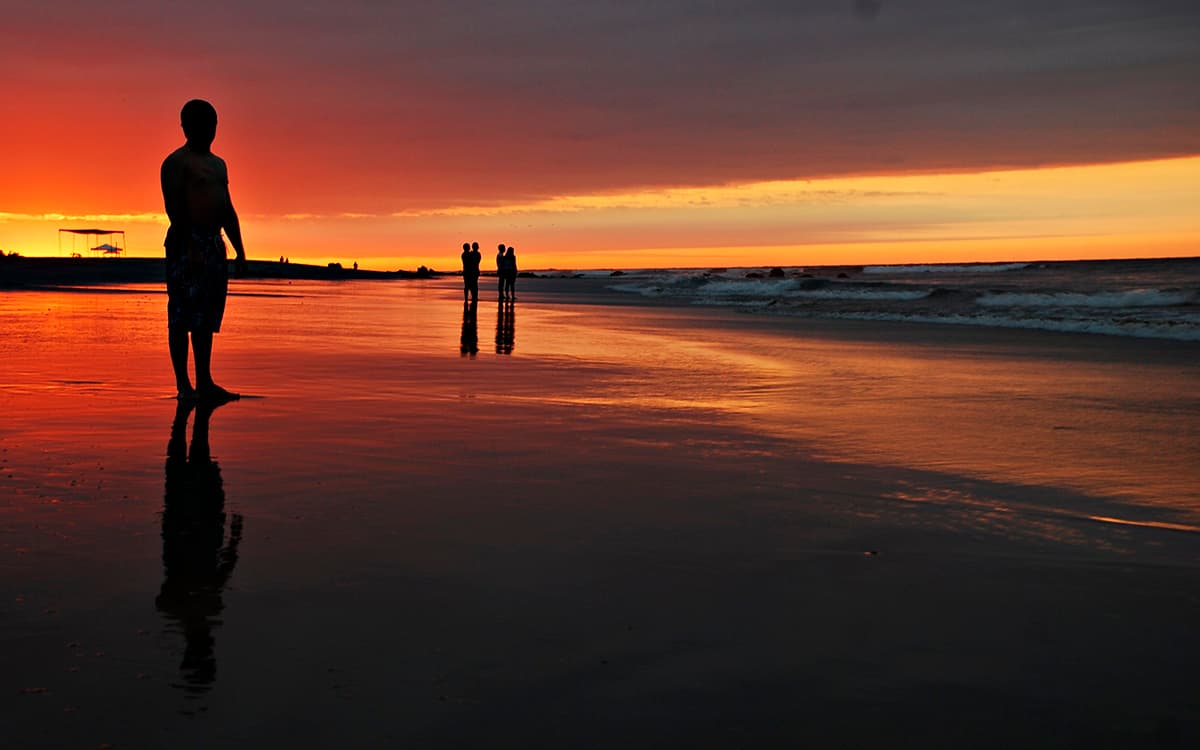 In Piura Perú there are interesting tourist places and if Piura had to be defined in one word, it would be rest. Just close your eyes to imagine the warm breeze that comes from the desert, the sound of the waves or the murmur of the leaves of the coconut trees. Piura is also synonymous with sun, hospitable people and tradition.

Its coast, privileged by a climate that invites you to relax, has some of the most beautiful beaches on the Peruvian coast. There are Bayóbar and its secret beaches, known for the transparency of its waters, the abundance of fish and its large waves, ideal for surfing. To the south of Illescas, the mass that dominates this part of the tablazo, another extensive series of beautiful beaches opens and, in front of them, about 10 miles away, Lobos de Tierra Island, a paradise for guano birds and fishing.

In Piura Perú it is always summer, and that is why here you will find the most fantastic beaches. Colán, Los Órganos, Vichayito and Lobitos are some of the most beautiful; and Cabo Blanco is special … here came the famous writer Ernest Hemingway!

You just decide what you want: ride waves? Swimming with turtles? Or do you just want to lie on the sand and enjoy a wonderful landscape? Piura gives you that and more.

Complement these experiences with an unsurpassed gastronomy… lobster, fresh fish or seafood, fresh from the sea!

Piura, land of the sun that never sets, of the wonderful artisans of Chulucanas and Catacaos. Come and enjoy it!

The department of Piura is located in the northern part of the country, its territory encompassing areas of the coast, mountains and jungle. It limits to the north with Tumbes and Ecuador, to the south with Lambayeque, to the east with Cajamarca and to the west with the Pacific Ocean.

Its capital is the city of Piura in Perú, 973 kilometers from Lima, which has a tropical and dry climate, with an average annual temperature of 24 ° C, reaching in the summer to mark the thermometer up to 40 ° C, being the time of rains between January and March. In the Andean areas, the climate presents cold nights and mild mornings. Other cities of importance are Sullana, Talara, Paita, Chulucanas, Huancabamba and Morropón.

The most important culture that developed in Piura Perú area was the Vicus, which stood out for its ceramics and delicate goldwork. The Tallan or Yungas were its first settlers: they came from the mountains and during an uncertain time they lived in Behetrias, which were populations without organization or a single chief.

Later the Mochicas conquered them and centuries later they came under the control of the Inca Yupanqui.

In 1532, Francisco Pizarro founded in the Tangarará valley on the banks of the Chira River the first Spanish city in South America, which he named San Miguel. The date is still a matter of controversy, but when celebrating 450 years it was adopted as the date July 15.

Due to the lack of sanitation, in 1534 it was moved to the site known as Monte de los Padres, (Morropón); for the same reason, the city was again moved to San Francisco de Buena Esperanza (Paita) in 1578. Due to the constant attacks of English pirates and corsairs, the city was relocated again in 1588, preserving its location until today.

During the colony life passed in peace and tranquility until the incursions of Admirals Borran and Cochrane, of the liberating expedition of San Martín, aroused the desire for freedom.

On January 4, 1821, the independence of Piura was declared in the atrium of the San Francisco Church.

The weather in Piura is very varied, with a diversity of elevational floors and climates. On the coast, annual average temperatures are 27 and 25 degrees Celsius in Talara, while in Morropón and Chulucanas the temperature can reach 31.6 degrees Celsius and in Huarmaca, which is 2,100 meters above sea level, it can drop to as low as 14.6 degrees centigrade.

Piura in Perú is renowned for the wide variety of its dishes, prepared from fish, kid and poultry, which in addition to being seasoned are very well served. Among its well-known dishes is the seco de chabelo (prepared with dried beef and green plantains), mala radia (rice, dried fish and beans), seven meat broth, bridal soup, seco de cabrito with green tamales, pepián de turkey, roast beef, seasoned meat and copus, which is a piurana pachamanca.

A drink that cannot be missed at any lunch is chicha de jora, which in Piura is not lacking in the picanterías or restaurant that is appreciated.

The dessert is custard, considered the Piuran dessert par excellence and whose fame goes beyond our borders.