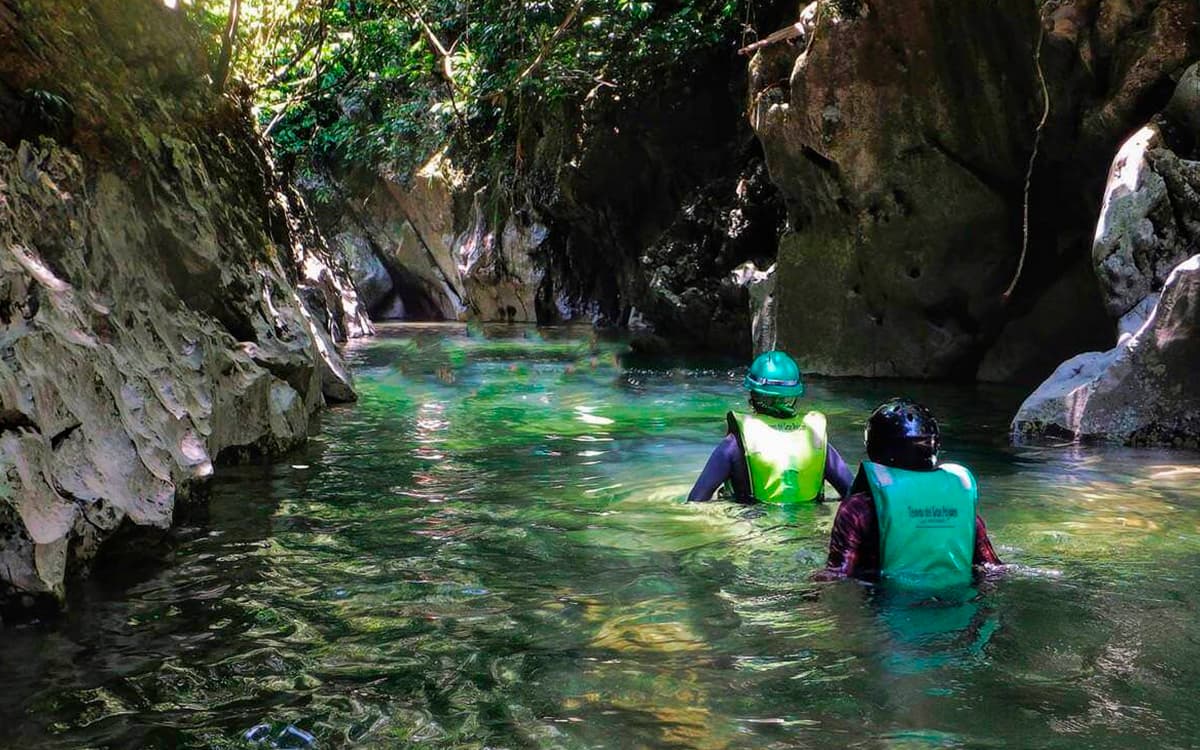 The Río Abiseo National Park is located in the San Martín region. And it was created as such in 1983, nine years later it would also have the recognition of UNESCO, an entity that would declare it Cultural and Natural Heritage of Humanity.

The Río Abiseo National Park occupies an average area of ​​274,520 hectares and is located at a height that ranges from 350 to 4,200 meters above sea level, which is why differences in climates predominate. Río Abiseo was created as a Park with the purpose of achieving the conservation of the different ecosystems that develop in it, in addition to the species that they comprise. Río Abiseo is also important because it is part of the Cloud Forests, which allows the development of a variety of species of flora and fauna, within which, in the first case, large trees are recognized in addition to the presence of moss on the bark of these.

The diversity of climates that develop in the place allows the presence of animal species that are in danger of extinction, such as the yellow-tailed woolly monkey, an important animal because it was believed to be in extinction for a period of one hundred years and that it is also an endemic animal of the country. Other animals in the area that are in a situation of threat are the taruca, the Andean bear and the mountain picuro, among others.

Regarding the flora of the place, it can be said that it is home to more than 1,134 different recognized species. Although it is estimated that there are more than five thousand in total, many of which would be new to science as well as endemic to the country. The presence of orchids, also ferns, bromeliads and lianas are predominant among the plants, together with a diversity of medicinal plants that only in the eastern sector add up to 37 in their genus.

This Protected Area is also important thanks to the fact that at least 36 sites of archaeological importance have been recognized in it. Legacies left by pre-Columbian cultures, especially the Chachapoyas culture, through which part of its social, ceremonial, ideological, and other context can be recognized.

Visits to the Río Abiseo National Park are recommended in the months between May and October due to the dry climate that prevails at that time. Entrance to the park is free, but you must have the authorization of the IANP – INRENA.

Much of its surface is populated by a spectacular natural formation known as cloud forests, due to the permanent presence of cloudiness dragged from the Amazon plain to the eastern foothills of the mountain range. This allows the development of a particular and varied wild flora, represented by huge trees of the most diverse species, impenetrable tall bamboo bushes and peculiar dwarf forests. A common characteristic of the trees of this region is that their branches are always covered with a thick coat of moss and populated by a veritable legion of epiphytic plants: hundreds of varieties of delicate orchids, colorful bromeliads and lianas as thick as the body of a man. Common here are tree ferns, whose leaves rise up to eight meters from the ground, giant begonias and a huge variety of plants adapted for life in an environment where the exuberance and profusion of life hide the true axis of this ecosystem: a fierce competition between species where the watchword is grow or die.

Here the cacti take the shapes of lianas and these the width of trees; the leaves are covered with hairs to withstand the cold and the trunks twist in strange designs. It is the kingdom of moss and fungi; lichens and flowers.

The protection and establishment of the Río Abiseo National Park was ordered by the Peruvian government on August 11, 1983, through Supreme Decree No. 064-83-AG.

Floristic studies have determined that 2000 species are found in the Abiseo River National Park, 13 of which are new records for science. Orchids stand out. In its high-Andean part there are grasslands of grasses and small isolated woody forests. From approximately 3,200 meters there are continuous forests where woody species predominate, reaching a height of 20 to 30 meters. This Rio Abiseo National Park has more than 1,000 species of flora, with orchids, bromeliads, ferns and lichens hanging from the trees.

Among the 11 genera and 13 species of mammals recorded are the yellow-tailed woolly monkey (Lagothrix flavicauda), rediscovered after one hundred years of being considered extinct, an endemic species in Peru and in danger of extinction; the mountain picuro (Agouti taczanowskii) and endangered species such as the taruca (Hippocamelus antisensis), the spectacled bear (Tremarctus ornatus) that builds platforms in the trees to be able to rest and feed peacefully, the jaguar (Panthera onca) and the maquisapa of mountain (Ateles belzebuth).

Of the 132 species of birds found in the Río Abiseo National Park, we can mention the white-bellied paujil (Crax salvini), the jungle condor (Sarcoramphus papa), the yellow-headed parrot (Amazona ochrocephala) and the duck chestnut head (Netta erythrophthalma), woolly monkey and jaguar

There are many areas open to tourist visits within the Río Abiseo National Park. Since there are many wooded places where you can go camping, of course it must be with prior authorization. You can also admire the unique flora of the dwarf forest, cloud forest, Andean forest, and many others.

Likewise, if the idea of ​​trying the waters that flow through this national park attracts you, you can visit the Velo de Novia, Las Gemelas, Shihui and El Oso waterfalls. On the other hand, rivers are an excellent alternative, and in this national park are the Abiseo, Montecristo and Túmac rivers, as well as the Chúraca, La Colorada and La Escondida lagoons, among others.

The historical value of Río Abiseo National Park is incalculable due to the wealth it possesses. It is highly recommended to visit its archaeological attractions such as Los Pinchudos, Pampa de Cuyes, Puerta del Monte, El Mirador and Ochanache. It is also possible to observe remains of pre-Hispanic civilizations in Gran Pajatén, La Playa, El Encanto, Las Papayas and Cerro Central.

One of the archaeological heritages that stands out in the Abiseo River National Park is the Gran Pajatén. A citadel built by the Chachapoyas; before losing its hegemony against the Incas. The Los Pinchudos funeral complex, built on the cornice of a large cliff, also stands out.

Other notable remains are the Cerro Central, with 200 buildings; to the Las Papayas complex, with approximately 100 structures, some built with carved stone; the Marcial or Pajatén II, with 100 buildings; and many others.

The presence of all these archaeological remains in an extensive wooded area, unique in the continent, gave it the title of Natural and Cultural Heritage of Humanity, a merit awarded by UNESCO in 1992.

The Biodiversity of this immense National Park

A rich and unique fauna

Currently, it is known that more than 900 species of animals have been recorded; distributed among 181 mammals, more than 400 types of birds, and the rest made up of amphibians, fish, invertebrates and insects. At least 27 species of the fauna of the western sector are thought to be endemic to Peru, some of them seriously threatened, which is why they are especially protected by rangers and authorities.

The flora of Río Abiseo

Regarding Flora, 1134 species of plants have been registered. Highlighting the large trees such as rubber and renaco; medicinal species such as cat’s claw and grada’s blood; and wood such as cedar, mahogany and screw. Among the threatened species we can mention the tall cedar and the romerillo.

Generally, the climate within the Abiseo River National Park ranges between 18 and 21 degrees Celsius, enjoying a warm and humid environment. However, on the west side, the temperatures are a little colder reaching 7 degrees Celsius, depending on the height at which it is. For their part, the altitudes range between 800 and 2000 meters above sea level.

If you want to visit this beautiful nature reserve, we recommend taking advantage of the months from May to September.

Visits to the Río Abiseo National Park are recommended in the months between May and October due to the dry climate that prevails at that time. Entrance to the park is free, but you must have the authorization of the IANP – INRENA.

How to get to the Abiseo River National Park?

There are many ways to get to this place. If you are in Lima, you can travel by plane to Trujillo, for an hour. This same trip by vehicle takes approximately 7 hours.

Once you are in Trujillo, you must travel to Chagual, a 24-hour journey. Finally, from Chagual you can travel to Piás, about two hours by car. In Piás you can visit the tourist agencies that offer expeditions to the Abiseo River National Park.