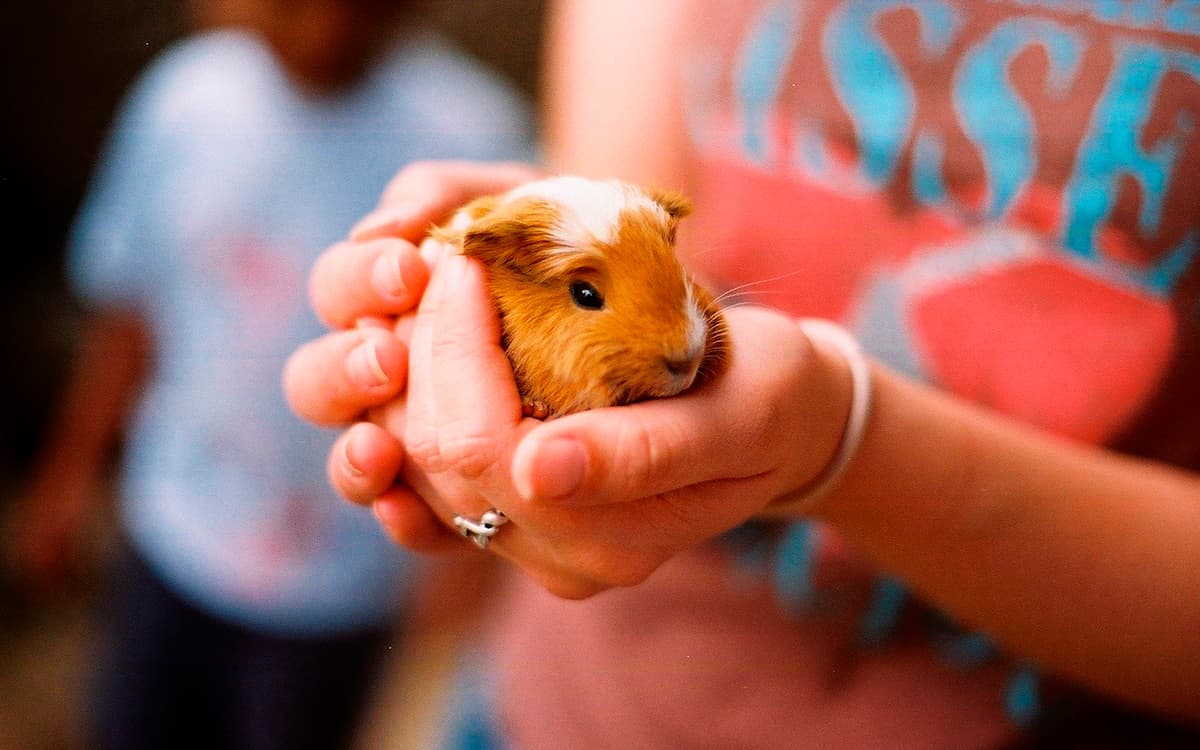 The name cuy comes from the Quechua QUWI, an onomatopoeic name that it carries in some regions of South America. In the central Peruvian highlands Huánuco, Pasco, Junín, Ancash it is known by the name of jaca.

The guinea pig is a domestic species of rodent, the result of the crossing of several species of the genus Cavia carried out in the Andean region of South America.

In Peru, the National Cuy Day is celebrated on the second Friday in October of each year.

The guinea pig is a rodent native to the South American Andes (Peru, Bolivia and Ecuador), of millenary breeding, in order to take advantage of its meat.

The rich Peruvian gastronomy has different dishes and its different preparations are a pleasure for our demanding palate.

Guinea Pig meat in Perú is characterized by its high nutritional value, good protein and iron content, low amounts of sodium and fat. It contains essential fatty acids that contribute to nervous and intellectual development, and its high digestibility compared to other meats.

How long does the Guinea Pig live in Perú?

This species reaches a weight of up to 1 kg. They live between five and eight years.

Characteristics of Guinea Pig in Perú

Its body is elongated and covered with hair from the moment of its birth. The males develop more than the females, due to their way of walking and the location of the testicles, the sex cannot be differentiated without taking and observing the genitals.

Its head is relatively large in relation to the size of its body, conical in shape and of variable length. The ears are generally lowered, although there are guinea pigs that have their ears up because they are smaller.

The eyes of the guinea pig are round lively black or red, with shades from light to dark. The muzzle is conical, with small nostrils and nostrils,

His neck is thick, muscular and well attached to the body. Its trunk is cylindrical in shape and is made up of 13 dorsal vertebrae that hold a pair of ribs articulating with the sternum.

Their limbs are generally short, the front legs being shorter than the back legs. The extremities end in fingers, provided with short nails on the forelegs and large and thick on the back. The number of fingers varies from 3 for the hind limbs and 4 for the forelimbs.

Types of Guinea Pigs in Perú

For the study of the types and varieties, the guinea pigs have been grouped according to their conformation, shape and length of hair and shades of coat.

Classification according to its conformation

Classification according to coat

Guinea pigs are herbivorous animals, so the consumption of fiber in their food is essential. Also, the contribution of vitamin C is very necessary, since guinea pigs, primates and bats are the only species that do not synthesize this vitamin and if vitamin C is not provided, they can become scurvy and die, so you must include peppers, orange and guava in your diet.

To feed them, it is advisable to use heavy ceramic earthenware containers that resist the inclination and consequent fall of the food. Its sides should be high enough to keep bedding and feces away from food. Also, it is very important that all the fresh food that we give to our guinea pigs, guinea pigs, guinea pigs, etc. is at room temperature; it can never be fresh out of the refrigerator.

They should always have a drinking fountain with clean, fresh water. Using water bottles equipped with a drinking tube will make it easier to keep the water free from contamination.

To revalue the product in the coastal markets and spread its economic possibilities in aging and gastronomy, the Guinea Pig Festival in Perú has been programmed.

According to the National Institute of Agrarian Innovation, in recent years and thanks to its high nutritional value, guinea pig has become one of the meats with the highest demand in the country and also contributes to the malnutrition of people living in the areas rural.

The Guinea Pig recipe is one of the most popular dishes of the Andean region, in Peru, and that its inhabitants adore the most due to its flavor and the proteins that this animal has.

After learning a little more about its history, it was time to prepare it at home. Here we share the Guinea Pig recipe, take note!

Wash the guinea pigs with plenty of water, dry them carefully with absorbent paper and let them rest at room temperature for approximately two hours. Then cut each one into four slices and season with the lemon juice, minced garlic, and salt.

Then, pass the guinea pig pieces through the corn flour and in a pan over medium heat heat three cups of oil and brown the pieces on both sides for six minutes, or until they are crispy. Now, leave to reserve.

Then, in a pot over medium heat, heat the remaining oil and brown the minced garlic and onion for four minutes. Then add the ají panca and let it cook for five minutes.

Now, add a teaspoon of the oregano, the sweet potato, and the cocktail potatoes. Then season with a little salt, pour in the vegetable broth and cook for 10 minutes or until the sweet potato and potatoes are cooked and even slightly undone.

Finally, add the remaining oregano and peanuts, to remove from heat and be able to serve. It is recommended to accompany with a potato and sweet potato stew.

So now you have no excuse to stop enjoying a delicious dish of cuy chactado.

Follow the steps and prepare a delicious cuy chactado!

To fry the guinea pig, use a considerable amount of oil to cook it evenly and uniformly.

The cuy chactado is a typical dish of Peruvian cuisine, specifically from the Arequipa region, although it is currently offered in many restaurants in the Andean region.

The consumption of guinea pig dates from before the arrival of the Spanish, who called it “guinea pig”. The guinea pig was one of the main foods in the diet of our ancestors that to this day continues to conquer the palates.

Although some tourists are not willing to try them at first, when they try it they are delighted with its flavor.

If you visit Perú to taste the Guinea Pig, don´t forget tot ake the inca trail to machu picchu, and visit the rainbow mountain peru tour.