Museums and archaeological sites will reopen in Peru from October 15 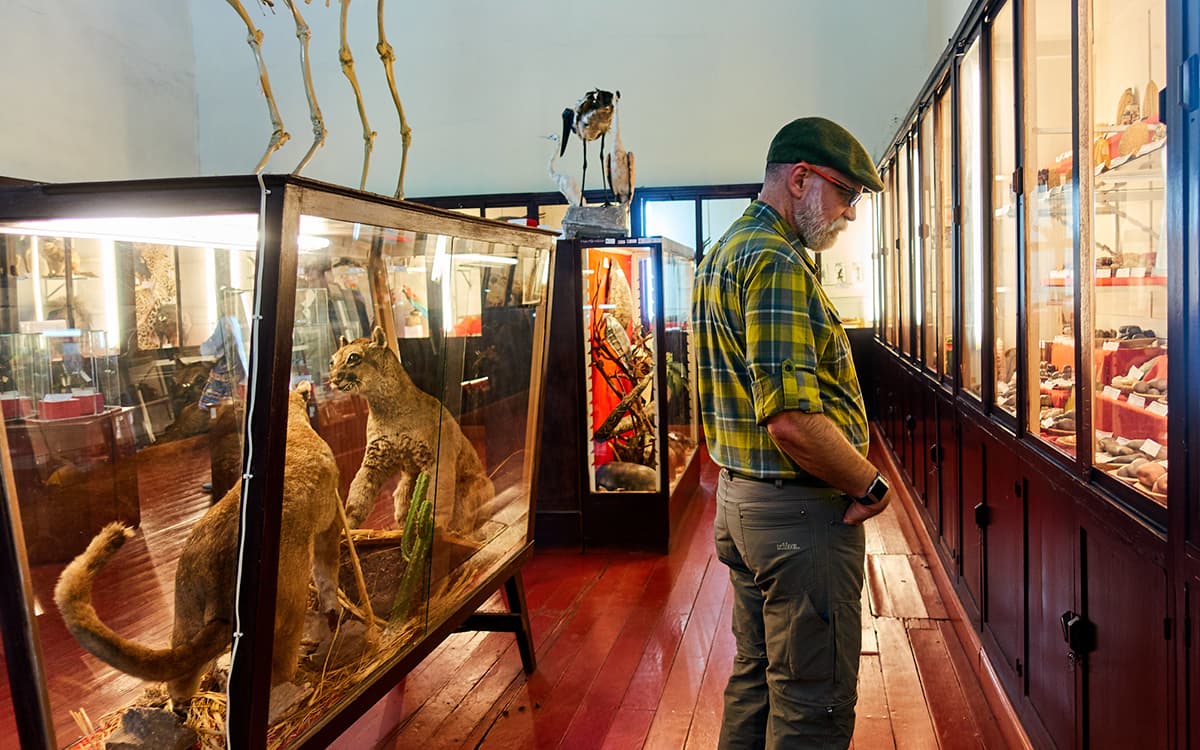 Peruvian archaeological museums and sanctuaries will once again receive visitors as of October 15, after a seven-month pause due to the coronavirus pandemic, the Ministry of Culture reported on Thursday.

The reopening of heritage sites will be gradual and the Inca citadel of Machu Picchu, the jewel of Peruvian tourism, does not appear in the first group.

“The doors of museums, monuments and public archaeological sites will be reopened from October 15, progressively and in stages, as part of phase four of the economic reactivation of the country,” the Minister of Culture told the press, Alejandro Neyra.

He explained that access will be free to museums and archaeological sites until November 15, but with a capacity of 50% of the traditional one.

This “white march” or trial period could be extended for a few more days, Neyra said.

But Machu Picchu, which like the other archaeological sites has been closed since March 16, was not mentioned in the sites that will reopen on October 15, because coordination between the Ministry and regional and local authorities is necessary.

With 33 million inhabitants, Peru is third in Latin America in deaths from the pandemic (more than 32,000), after Brazil and Mexico. It is also third in infections (more than 814,000), behind the South American giant and Colombia.

According to the website of the Ministry of Culture, in Lima, the first spaces to reopen will be:

Puruchuco is one of the most beautiful buildings of our pre-Hispanic past and one of the best preserved. It is currently located in the Ate-Vitarte district in Lima – Peru. It was built in the time of the Incas (1450 – 1532 AD). Known as “El Palacio”, it was used as the residence and audience of the curaca of that area and his family.

Pachacamac was the main sanctuary of the central coast for more than a thousand years. Its temples were visited by crowds of pilgrims on the occasion of the great Andean rituals, since Pachacamac was a successful oracle capable of predicting the future and controlling the movements of the earth. Inhabitants of all the Andes also came to the Pachacamac sanctuary in search of solutions to their problems or answers to their doubts.

It is one of the most emblematic museums in Peru since it allows, since its inauguration, and through its different exhibitions, the presentation of the different traditional artistic manifestations of each part of the Peruvian territory. It was inaugurated in 1946 and has, today, more than 8,000 pieces on display.

In the north of the country will open:

The Túcume Museum was inaugurated in 1993. Its construction is distinguished from other museums in the region for being built mainly of cane, mud, adobe, carob tree posts, and for having recreated spaces in the style of the old chapels of the XVl century. The museum exhibits archaeological collections from excavations carried out in Túcume between 1989 and 1994.

The archaeological complex of Huaca Rajada, where the Tomb of the Lord of Sipán was found, is located on the north coast of Peru, 35 km southeast of the city of Chiclayo, within the limits of the former Pomalca hacienda (department of Lambayeque) a hundred meters away is the Señor de Sipán Site Museum where the remains found from 2007 are found.

The Ventarrón Archaeological Complex, located 4 kilometers from the Pomalca district, is the oldest monument in the northern region because it is 4,500 years old, which makes it contemporary with Caral (5,000 years), the oldest city in America, which arose in the Supe valley and alongside the civilizations of Mesopotamia and China.

Museums of the Peruvian Army will also open in Lima, such as:

The Real Felipe Fortress is located in the bay of Callao (Constitutional Province of Callao). On October 28, 1746 there was a strong earthquake that caused a tidal wave that destroyed an old fortress called the old prison. This had 13 bastions, it was made of crushed cane and mud. The sea water reached what is now Faucett Avenue. Of the 7000 people who lived in Callao, only approximately 200 people survived, the rest drowned. Because of this, the entire port of Callao was left without protection and they were attacked by pirates and corsairs who came to take away the wealth that existed in that place. Faced with the constant attacks, Viceroy José Antonio Manso de Velasco ordered the construction of this immense Fortress, taking advantage of the stay of three fortification experts such as the French.

It is located in a beautiful house where Colonel Francisco Bolognesi was born in 1816. It shows objects, paintings and photographs related to the national hero as well as the Chilean War against Peru and Bolivia. The museum also aims to preserve the memory of those heroes who gave their lives in this tragic episode in our history. The tour also allows us to see what a 19th century Lima house looked like.

Here we can find several original canvases by the important painter Juan de Lepiani, works that every Peruvian has seen in history books, highlighting the paintings of “The answer” and that of “The last cartridge.”

The Chavín de Huántar operation, where dozens of hostages were rescued at the Japanese Embassy in 1997, is recognized and studied around the world for having been carried out successfully. It is also a replica of the Embassy of Japan that was taken by assault by members of the Túpac Amaru Revolutionary Movement (MRTA) and walking through its environments, observing the consequences of the military incursion is also feeling in situ what the commandos lived in so special mission.

It is located in the Parque Reducto N ° 2 of Miraflores, within the replica of the old train station of this district and deals with the Battle of Miraflores during the invasion of the capital by the Chilean army during the Chilean War against Peru and Bolivia. It has two rooms, one that shows objects and portraits of the heroes who gave their lives for the defense of Lima, as well as models, maps and illustrations of the battles. The other room is dedicated to the memory of the national hero Andrés Avelino Cáceres who also participates in this war

Visitors must register in advance on the website of the Ministry of Culture or through social networks.

Visitors must keep at least one meter distance from each other and wear masks. In addition, there will be disinfection of hands and shoes, the temperature will be taken and if there is a fever or another symptom of covid-19, you will not be allowed to enter.

Groups for museum tours will not be more than five people. For now, children and the elderly will not be able to enter.

The 50% capacity capacity will allow social distance between visitors. In the same way, the temperature will be taken and the use of a mask will be mandatory. Similarly, the groups for museum tours should not exceed five members.

Adventure tourism, canoeing and hiking were authorized in August in the country as part of the economic recovery.

Exceptionally, if the size of the museum or institution allows it, the group may be up to eight (08) people. In both cases, the maximum number includes the person in charge of the group.

The galleries and spaces for exhibition, sale, creation, and presentations of visual and traditional arts, may receive a capacity at 50% of their capacity. They are also allowed to carry out virtual (online) and door-to-door sales activities.

Visiting Cusco is a real adventure whose protagonist will be yourself, instead of a memorable experience, that is why Cusco is definitely one of the most incredible cities with a great variety of archaeological centers and tours such as Sacred Valley, Camino Inca or Machu Picchu. To enjoy an unforgettable experience, contact Inka Trail Backpacker, a company that will better assist you during your visit, of course it is always with the necessary advice for you and yours as well as the guarantee, responsibility and security that characterizes us. If you visit the city of Cusco another impressive destinations that you can visit are the tour to rainbow mountain peru or the humantay lake tour from cusco, which only takes one day. But if you are gonna to stay more days in Cusco, other archaeological places you can know will be the choquequirao trek peru, the salkantay trek to machu picchu, and the classic inca trail 4 days 3 nights.