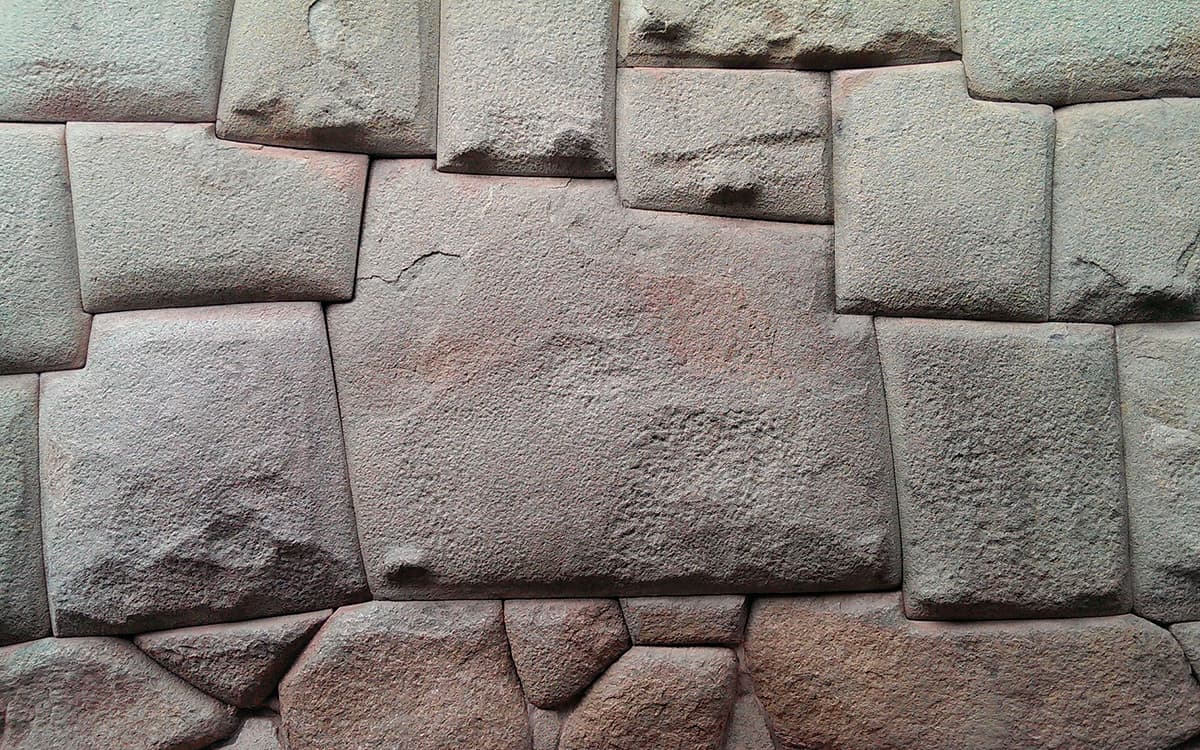 The twelve angled stone; It is one of the most popular attractions that exist in the city of Cusco. Its prestige is due to the age of its structure, great finish and perfectionist edging, characteristic of Inca architecture and currently considered Cultural Heritage of the Nation of Peru. The stone is part of the headquarters of the Archbishop’s Palace in Cusco, which was previously the residence of Inca Roca, the sixth sovereign of the Incas.

Cusco, a thousand-year-old city, where the most beautiful tourist places in all of Peru are found, as well as immense archaeological complexes represented by Machu Picchu; the sacred valley of the Incas and the Inca fortress of Ollantaytambo, which show the architecture of the highest level of the Inca empire, these destinations are the best known in all of Peru, however, the symbol that represents all of this is the famous Stone of the 12 angles, for its perfect finish and carving perfectly unified among other stones that surround it. Going through the twelve angles stone and taking a picture in Cusco is like taking a picture with the portal of the Eiffel Tower.

The twelve angled stone is the representative symbol of the architecture of all Inca constructions. In addition, it is the main attraction of the historic center of Cusco. For its perfect carving on each side of its angles and also perfectly unified with other stones that surround it. It is part of the current settlement of the Archbishop’s Palace of Cusco and the Religious Art Museum of the city, although previously in Inca times it was the settlement of the palace of the sixth ruler of the Inca empire (Sinchi Roca).

In the place where the stone of the twelve angles is located, other immense stones of 13 and 14 angles can also be seen, however, they do not have the perfect carvings. The famous stone measures 2 meters and weighs 6 tons. The architects declare that if it were removed, the museum of religious art in Cusco would collapse.

City guides are in charge of illustrating to visitors everything they know – and also how much they invent – about the acclaimed stone. One of them is little César Condori, twelve years old.

Large, resistant and perfectly polished, it is outrageous to know that at night the 12-angle stone is left unprotected against the evil intentions of any bandit armed with a spray, as happened a couple of years ago.

There is so much history in this mother stone that it “supports” the Archbishop’s Palace, where Bishop Fray Vicente de Valverde, the priest who would baptize the Inca Atahualpa before he was executed for ordering the death of his brother Huáscar, once stayed.

Where is it located?

The twelve angled stone is located on Hatun Rumiyoq street (which means large stone in Quechua) and belongs to a construction where the Archbishop’s Palace and the Museum of Religious Art of Cusco are currently located.

What is its history?

It is a stone embedded in an Inca wall, which has twelve angles that fit exactly with the other stones in its environment, which is why it is considered one of the most representative figures of the perfection that was achieved in the architecture of the Inca period. In the same way it is said that this stone represents the division of 24 families: 12 families in Hurin Cusco and 12 families in Hanan Cusco.

Its meaning is as great as the rosette stone, the tomb of Tutankhamun, the Statue of Liberty, or the Eiffel Tower, among others, thanks to this, every person who visits Cusco aspires to take a picture next to this imposing stone.

What are their characteristics?

The stone reaches up to two meters deep and weighs six tons.

Some architects declare that, if for some reason it were removed, the wall of the Museum of Religious Art (Archbishop’s Palace), built on the palace of Inca Sinchi Roca, would collapse.

The twelve angled stone is composed of a green diorite formation.

Its popularity is due to its great finish and edging of twelve angles denoting a perfectionist Inca architecture as there are no asymmetries in its joints.

It is a great sample of Inca knowledge in the evolution of construction.

How to get to the twelve angled stone?

Does it have any cost to visit it?

This stone is located in a narrow public street so your visit is totally free, it can be done at any time of the day, always with the respect that this Inca architectural work deserves. It is not allowed to touch it; you can meet it by requesting the company of a tour guide or meet it freely.

Other free tourist attractions of Cusco

Plaza de Armas del Cusco – The busiest tourist center in the city of Cusco. It was also an administrative center during the Inca Empire. In the surroundings there are handicraft shops, clothing stores, restaurants, hotels and cafes. On Sundays there are usually free dance shows.

Mercado de San Pedro – This popular market is one of the oldest in the city of Cusco. Its architecture was designed by the famous French engineer Gustave Eiffel. It offers all kinds of groceries as well as crafts. There you can learn about some aspects of Cusco culture. There are free guided tours of this market and the streets of the city.

Barrio de San Blas – This traditional neighborhood is located following the slope that continues to Hatun Rumiyoc street (12-angle stone). It is famous for its narrow and cobbled streets. It is also known as the neighborhood of artists and artisans of the city. The workshops of the Mendívil, Olave and Mérida families are famous. It is an excellent place to purchase quality art and crafts.

The churches of Cusco – The churches and convents located in the historic center of Cusco offer a very striking Baroque architecture as well as great historical significance. Admission is free during mass hours (preferably Saturday and Sunday mornings). Some of the most famous churches are: The Cathedral, the church of the Society of Jesus, the San Cristobal Church, the Santo Domingo Convent and others.